Cars on the roads of Russia 4 months ago

Check out the other videos:

No copyright intended. All content used in adherence to Fair Use copyright law.
Copyright issue? Send me a message and we’ll get it resolved.

You can see a compilation of Motorcycle Fails in this video.
Somethings for funny laugh, anothers to think about it, and how we have to have security in our minds when riding a bike. 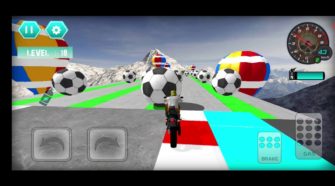