Nhdro Indy 2017 Round 2 full event motorcycle drag racing featuring some of the fastest bikes in the Midwest and the World! This video is Saturday and Sundays action from a 3 day, all-motorcycle drag racing show with multiple classes of racing to fit any bike! Some of the classes of racing include grudge, Pro Street, Pro Open, Pro ET, Top Gas, Super Comp, Street Fighter, Street ET, Grudge Races for $$$$ and more!

Forget about Harley Davidson or any other brand that thinks they are fast, there are only two motorcycle brands that rule the drag strip, and we all know its Kawasaki and Suzuki! With the fastest modern day factory street bikes on the planet the Kawasaki Zx14 and the Suzuki Hayabusa platforms are the fastest street tire and no wheelie bar bikes you can build, hands down. With just a handful of other models in the mix you will see in this video include the Suzuki Gsxr-1000, The Kawasaki Zx10 and Zx12, maybe a Honda CBR1000RR in there. In straight line performance we could also include one other bike, every once in a while a BMW S1000RR may show up at these races, but not this video. Most other models going fast at the drag strip is super rare around here, and I have traveled widely through the Midwest from Texas to Maryland seeing the same thing. Fastest no wheelie bar bike on the planet is a turbocharged Hayabusa, and in this video you can watch Rodney Williford of Williford Racing put down the Worlds Fastest MPH with a no wheelie bar bike, and he does it on a street tire with his turbo Hayabusa engine almost certainly producing over 700hp to the wheel!

Remember to comment below with a Time Stamp and it will automatically appear as a hyperlink that lets you skip ahead to the time stamp of the video, and I will add them in the description, thanks!

00:01- 01:30 Intro Music created by MK2 the song is titled “HERO THEME” and is found right here on YouTube! I use MK2 music a lot and its royalty free, found under a Creative Commons 3.0, which is music without copyrights!

04:09 #OHYEAHHHH Check out the wheelie ion this pass, and the slick looking “Watermelon Kool Aid” themed paint on this grudge bike built by DME Racing, making a test pass with the boards off. This bike was instantly my favorite looking set-up of the 2017 season so far, a unique, total package bike. Pro Rider Jeremy Teasley on top, Kool Aid Man paint job, flat slick turbo grudge bike built by DME Racing, as you can see by the test passes in this video, is ready to absolutely slay some grudge bikes this season after they get it tuned in, if anyone dares to race him they better be packing some serious heat watch this bike come up hard on this pass!

07:13 Lots of trouble making grudge bikes at this event, check out this sick paint on this “TROUBLE MAN” nitrous Hayabusa from down south, come to test themselves against some Midwest machines tonight!

09:36 Whip is on top of the EXODUS bike, for the first time I think, just making a test pass.

10:08 Brycen Bender on top of KAMIKAZE a street tire nitrous Hayabusa, making a test pass… but a big boom causes him to shut the pass down, damage unknown.

10:39 First $$$$ race of the night, Brian Welsh introduces the two bikes facing off, HARLEY QUINN with Danny Helms riding, vs the all white TROUBLE bike with Richard Gadson on top.

11:50 Grudge Race: HOCUS POCUS vs MURDER the Rematch! Murder takes the win here making both bikes 1-1 so we will catch the third race at the next event!

13:44 Rematch between HARLEY QUINN and TROUBLE!

16:03 MONEY MAKER (Hand Clutch) vs TROUBLE MAN (Slider Clutch) and Money Mike gets the back tire and the break for $$$$!

16:57 Chris Cutsinger on his turbo Suzuki dragbike is upset by Quicktime Motorsports here in the Pro Open semi Finals!

I will be adding more Time Stamps like in some of my other long videos here, in the next few days to help some people find there races, byut remember if you watch the video and comment with your own Time Code I will add it to the description here, thanks!

HOW she ended up DRAG RACING a FAST Motorcycle that’s older than Her! Fearless Female Drag Biker! 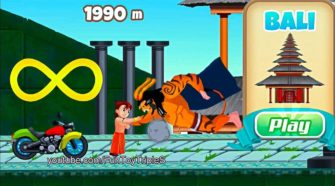