2017 Kawasaki Racing Team Motorcycle Build is something we can watch all day.

The Kawasaki Racing Team is the team to beat in the FIM Superbike World Championship, earning the WorldSBK Manufacturers Championship the last two years in a row. Johnathan Rea, Tom Sykes and the Ninja® ZX™-10R have won back-to-back world championships with 75 podiums, 16 pole positions, 28 fastest laps with an astounding 32 race wins. Reigning champion Johnathan Rea returns for 2017 as the man to beat with 2013 WorldSBK Champion and teammate Tom Sykes as his biggest competitor. Add the new Ninja ZX-10RR into the equation and the Kawasaki Racing Team is poised to continue its role as a WorldSBK Championship powerhouse. 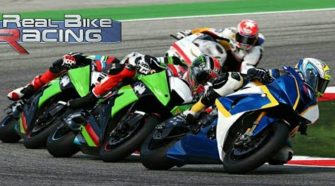 welcome to gaming class 2 months ago