I had a dream bike stunts

Ghost Rider – Jhonny blaze (Nicolas Cage) is basically a bike stuntsman like his father. He performs Various stunts by putting his life at risk. Even his father dies while performing a bike stunt. His father had a dream of performing an ultimate stunt over the helicopters. Jhonny finally completes his father’s dream stunt by riding over six helicopters risking his own life.

Movie Description :
Nicolas Cage as Johnny Blaze / Ghost Rider, a motorcycle stunt rider, who is tricked into making a deal with the Devil thinking that it will save his father from dying, and is subsequently transformed into a supernatural demonic soul hunter, the Devil’s Spirit of Vengeance, the Ghost Rider. As his work for Mephisto continues, he hunts down the demons which have escaped from Hell.

Subscribe to our new channel. It contains all famous movie clips from Hollywood, Bollywood and Tollywood : https://bit.ly/2Cbbq0y

I Am Hercules – The final Labour completion scene | Hercules (2014)

Fair use
Copyright Disclaimer Under Section 107 of the Copyright Act 1976, allowance is made for “Fair use” for purposes such as Criticism, Comment, News reporting, Teaching, Scholarship and Research. Fair use is a use permitted by Copyright Statue that might otherwise be infringing. Non-profit, Educational or Personal use tips the balance in favour of Fair use. No Copyright infringement Intended. 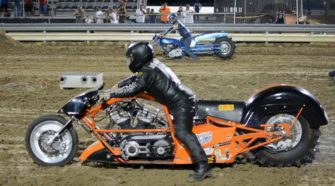