Motorcycle stunts by Indian military and army personnel during the Republic day rehearsals 2019.

Republic day in India is celebrated every year with great pride on 26th of January to honour the Constitution of India as it came into force on the same day in the year 1950. It had replaced the Government of India Act, 1935 into the governing document of India.

“Matamela Cyril Ramaphosa“, the fifth and current President of South Africa will be the Chief Guest on 70th Republic Day of India 2019.

Cyril Ramaphosa was invited by the Prime Minister, Narendra Modi during the G20 summit which was held in Buenos Aires, the capital of Argentina. He (from South Africa) was specially chosen for this occasion because India is celebrating the 150th birth anniversary of Mahatma Gandhi who had very close links with the people of South Africa. PM Modi said that the visit of the South African President to India will help in enhancing the ties between the two countries.

This footage is part of the broadcast stock footage archive of Wilderness Films India Ltd., the largest collection of HD imagery from South Asia. The collection comprises of 150, 000+ hours of high quality broadcast imagery, mostly shot on 4K, 200 fps slow motion, Full HD, HDCAM 1080i High Definition, Alexa and XDCAM. Write to us for licensing this footage on a broadcast format, for use in your production! We are happy to be commissioned to film for you or else provide you with broadcast crewing and production solutions across South Asia. We pride ourselves in bringing the best of India and South Asia to the world…

Please subscribe to our channel wildfilmsindia on Youtube www.youtube.com/wildfilmsindia for a steady stream of videos from across India. Also, visit and enjoy your journey across India at www.clipahoy.com , India’s first video-based social networking experience. 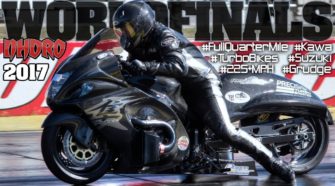