Jason Bourne – Motorcycle Stunts – Own it 12/6 on Blu-ray

The Best Rides 3 months ago

Sikhs showcasing their bike riding skills on their Enfield bikes at Kila Raipur Sports Festival in the Indian state of Punjab.

It was in 1933. Philanthropist Inder Singh Grewal visualised an annual recreational meet where farmers from areas surrounding Kila Raipur could get together and test their corporal endurance. The idea gave birth to Kila Raipur Sports, the undisputed “Rural Olympics”.

In over six decades the festival has grown from a toddler to a prancing, energetic youthful organisation. This pioneer rural sports festival has become an annual international event, which is normally held in the first weekend of February. A dynamic team of organisers – Grewal Sports Association – has taken yet again another pioneering step of giving rural women a break in sports.

Today this festival of the rustics attracts more than 4,000 sportsmen and women, both of recognised and traditional sports. The three-day festival is witnessed by more than a million people. Besides, several million others watch it on television, read about it in newspapers and magazines.

Whether you are in Punjab or in Toronto or in Southall, you will know the latest about Kila Raipur Sports. Its participants come from all over the globe. Since it takes several months for the immigrants in England, Canada or the USA to select, train and send their Kabbadi and Tug of War teams to this festival which of late has become a truly international, talks about destination KILA RAIPUR start much early.

When Mr. Inder Singh Grewal and subsequently Grewal Sports Association visualised the Games, the solitary aim was, “healthy mind in a healthy body”, the watchword has been “excellence”, in accordance with the Olympic motto of “CITIUS, ALTIUS, FORTIUS”. Besides, it was to provide a platform where boys and girls, men and even veterans could come and exhibit their acumen not only in recognised sporting events but also in traditional rural sports.

So it has been always the best. Those who have been watching this festival grow from year to year can vouch that they have seen hundreds of Olympians and internationals in action on the bald but even playfields of perhaps the biggest Rural Sports Stadium in the country.

For the Grewal Sports Association, it is not only the annual Rural Olympics but also sports promotion which gets its paramount attention. The Association sponsors and runs a hockey academy for schoolboys. At present 150 budding hockey stars are training at the Academy on a regular basis – 125 of them are day boarders and 25 are boarders.

The Association plans to extend the stadium further, construct a new modern hostel for the Academy, start another academy in track and field and lay a synthetic surface for hockey. Kila Raipur and surrounding villages have made a matchless contribution to the national mainstream of sports in almost all major recognised sports.

These activities apart, Grewal Sports Association enjoy the proud privilege of being the pioneer of organised “Rural Sports” in the country. It is perhaps the only meet which attracts sponsors from multinational companies and where prize money attracts the best of sportsmen and women. The organisers are none other than dedicated, qualified and reputed men who have spent their youthful days on playfields of the village. No other rural sports meet can even come near the Kila Raipur sports, either in organisation or in size. It remains the biggest and the most prestigious one of its type.

This footage is part of the professionally-shot broadcast stock footage archive of Wilderness Films India Ltd., the largest collection of HD imagery from South Asia. The collection comprises of 100, 000+ hours of high quality broadcast imagery, mostly shot on HDCAM / SR 1080i High Definition, Alexa, SR, XDCAM and 4K. Write to us for licensing this footage on a broadcast format, for use in your production! We are happy to be commissioned to film for you or else provide you with broadcast crewing and production solutions across South Asia. We pride ourselves in bringing the best of India and South Asia to the world… 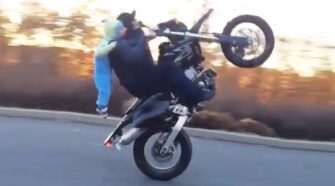