INSANE Illegal Extreme Motorcycle Stunts & Tricks Caught On Video Tape At Streetfighterz Ride Of The Century ROC 2014 Annual Street Stunt Ride In Saint Louis, MO. Hundreds of stunt bike riders gather once a year to perform amazing street bike stunts & tricks on public highways during Streetfighterz ROC 2014 Ride Of The Century Street Ride. Some of the best extreme freestyle street motorcycle stunt riders in the world travel from around the United States and even as far away as Europe to attend the epic moto ride event hosted by the Streetfighterz for over 10 years straight. This gathering of bikers that mostly ride sport bikes is the largest street stunting ride in the world. ROC Ride Of The Century is known for being epic. The event was not even advertised this year in anyway not even on social media only by word of mouth. This action packed 3 day event is what illegal underground street motorcycle stunt riding is all about having lots of fun while taking over the streets, roads, and highways to perform insane motorbike stunts and tricks at a very high skill level. 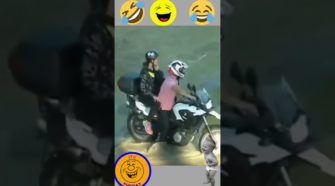