Total Gaming 4u 3 months ago

Let’s dispel the myth that Orange County is a conservative place. Jason Britton grew up in Huntington Beach, California. It was here that he started riding motorcycles at the age of two. While most babies were throwing tantrums on the floor, Britton was already on a bike (without training wheels). By ten, he was BMX racing. At the age of twelve, he was popping wheelies and racing motocross. Racing wasn’t enough, because one year later, he achieved expert status in the 80cc class. What does one do after two years of successful racing at the age of sixteen? Move onto street bikes, of course.
Now an expert rider, Britton has taken his riding talent and skills in extreme sports to a new art form. He takes on challenging Hollywood roles in films such as “Torque” (doubling for Ice Cube) and stunt work in “Biker Boys” and “Taking of the Pelham 1-2-3”, Nike Commercial ( stunts for Dwyane Wade), Previous Host of “Superbikes” and is currently the Host of “Stealth Rider.” For more info on Jason’s TV and Magazines, appearances, check out the “Press Page” on his website.

Even with all his success, Jason still keeps it real. Now a seasoned rider/entertainer, he still finds the time to collect bikes and make extreme videos. His “No Limit” riding style can be seen on many extreme videos such as “Urban Assault”, “All Twisted and Pucked-Up”, “Urban Assault II” , “Get On Up”, Get On Up II”, “Revolution Twenty 04,” “Revolution Twenty 05, “Get On Up III.” and “Get On Up 4” You can still find him road racing in competitions both locally and nationally. If you happen to attend the latest stunt show or local bike night, you may just get a glimpse of him in action!
• Mostly Highly Recognized Stunt Rider/Entertainer in the World
• First Motorcycle Stunt Rider to Host his own TV show on Speed Channel “SuperBikes”
• First Motorcycle Stunt Rider to become the “Executive Editor” of “2Wheel Tuner Magazine”
• First Motorcycle Stunt rider to break in the Movie Industry ~ Stunt Double in Motion Pictures: “Taking of the Pelham 1-2-3”, “Waist Deep”, “Bikers Boyz”, “Torque”.
• Commercial work for Michael Jordan/Nike, McDonald’s, Pepsi and Digiorno Pizza
• Monster /Kawasaki Energy –Team Green Rider Since 2008
• Professional Stunting Riding for 13 years
• Promotes safety, motorcycle knowledge, and protective gear.

Men and Motors 8 hours ago 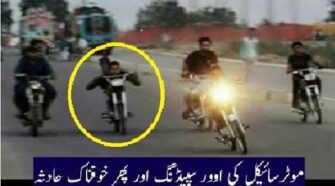