Races and Fun 1 week ago

Motorcycle stunt riders take over the highway during Ride Of The Century ROC. This is a huge illegal motorcycle stunt street ride an is a annual event that takes place in Saint Louis, MO an surrounding area’s every year sometime in September on public roads’s, freeway’s, highway’s and street’s. The best of the best street bike stunt riders in the whole world travel from around the United States an even Europe to take part in this illegal street stunt riding event. Once every year in September their is an epic weekend filled with illegal motorcycle stunt riding. Stunt bikers turn Saint Louis, MO an surrounding area’s into where own huge playground an perform tricks an stunts on their motorcycles. You’ll see thousands of motorcyclist take part in this one of a kind event that was started back in 2002 by the Streetfighterz a local motorcycle stunt team that helped pioneer extreme freestyle street motorcycle stunt riding an where instrumental in helping to shape the sport into what it has become today. Since starting Ride Of The Century or ROC back in 2002 the motorcycle event an illegal street ride has steadily grown into by far the biggest illegal street stunt ride for sport bike riders in the world. Their is no other sport bike stunt riding event that even comes remotely close in away to being as large of an event as ROC in anyway shape or form. ROC is a rain or shine street ride. Many of the motorcycle stunt riders that attend our very loyal to the event an look forward to this ride all year long an wouldn’t miss it for the world. A lot of the same motorcycle stunt riders attend the event once an our hooked coming back every year to take part in the illegal street stunt ride event plus many riders also tell their friends an even bring their friends. In my opinion the biggest single reason that the ride has had an continues to have success an grown every year since starting in 2002 is word of month advertisement because the motorcyclist that attend have such a great experience they want to tell other riders about their insane story’s an great experiences at ROC when they return home from the ride. Now every year more then 2500 stunt bike riders attend this street stunt ride annually to take part in the ride rain or shine either to perform street bike stunts an tricks themselves or to just watch an film some of the best motorcycle stunt riders in the world perform insane stunts an tricks during the street ride. Most of the thousands of motorcyclist that attend choose to ride customized Japaneses sport bikes from Japaneses motorcycle brands an manufactures like Honda, Kawasaki, Suzuki, and Yamaha. These motorcycle tricks an stunts our known as wheelies, circle wheelies, combo wheelies, 12 o’ clock scrape wheelies, drifting, drifts, burnouts, stoppies, and other acrobatics plus much much more. All of the stunts an tricks listed above are all in this video plus many more. The video features one street bike stunt rider who records a face book status update when he is doing a switch back or backwards christ riding down the highway at 70 mph standing up on his motorcycle backwards. This is one example of the insane stunts an tricks shown in this video. ROC has become so large that law enforcement officers teamed up with local police, highway patrol, country sheriffs and other law enforcement agents with only one goal in mind try an stop ROC. But all of the many attempts that law enforcement agents have made to stop the ROC have all been epic fails or ended in complete failure because as this video shows again an again motorcycle stunt riders pay law enforcement officers no attention. You’ll see many police officers in cop cars chasing motorcycle riders running from the police an not getting caught or arrested by law enforcement agents an getting away without even as much as a traffic ticket. Law enforcement officers an agents flashing lights an sirens don’t worry or scary these insane motorcycle stunt riders even when performing illegal stunts on the highway right next to police officers patrol cars that is attempting to pull them over. Three days out of every year in Saint Louis, MO an surrounding area’s it’s bikers vs cops an law enforcement officers an agents has yet to ever even come close to winning the battle over the street’s because thousands of motorcycle stunt riders still make the trip to Saint Louis, MO every year to perform illegal stunts an tricks on the highways, roads, freeway’s an street’s for the world’s biggest Illegal street ride known as RIDE OF THE CENTURY or ROC! 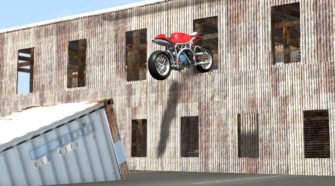