If you love motorcycle drag racing, fast street bikes and all out drag bikes this video from the XDA Racing Series at the IHRA’s Maryland International Raceway is for you. Here we will see the top choices for a drag racing motorcycle including turbo, nitrous, and all motor bikes powered by HAYABUSA, GSXR 1000, Suzuki GS, Kawasaki KZ, Z1, Kawasaki ZX14r, ZX10 and much more.

In this sequence we see husband and wife team, Carrie Ann Lucie, doing a fine job as a beginner and Shane Hull on the colorful and powerful “Freak Show” Suzuki Hayabusa. We catch a glimpse at the drag bike of James Farmer and see Dustin Honeycutt make a gearing change on his Suzuki Hayabusa. We then see top racer Shayne Proctor on his ZX 10 up against a fast ZX-14. Next up is a wheelie bar Hayabusa taking on the no-bar, street tire of Simeon Amaru. A pair of stretched 1000 c.c. motorcycles are up next, which clears teh way for the “Freak Show” Hayabusa up against a motorcycle with no tail section! Mac McAdams brings up his Dukes of Hazzard Suzuki GS drag bike against a no-bar Suzuki Hayabusa. One of teh toughest racers in the series Mike Ostrowski brings up his Suzuki GS drag bike with his wife. That brings up an intriguing Zx-14 of Tony Ficher vs. Suzuki wheelie bar bike matchup. Eventual Pro ET winner Johhny Mullikin brings his Suzuki GS up to the lne to battle a Kawasaki KZ, all while being cheered on by his wife. Some mid 8 second Busas come to the line followed by a drag bike vs. Hayabusa match up. One of the toughest female riders in the sport today Robin Procopio brings up here Suzuki GS, followed by the Zx-14 of Bob Carlson and the Kawasaki KZ Drag Bike of George Shriver. Boo Brown on his Suzuki Hayabusa wheelie bar drag bike takes on Wilson Burkehead on the fast no-bar 1000, followed by Barry Pryer (East Coasr Perfroamcne Z on Facebook) do a massive one handed burnout. We show you a great tribute to longtime staff member Joe Williams who unfortunately passed away recently and we give you one more look at the wild Hayabusa Real Street drag bike crash of Ralphie Navarro. The good news is Ralphie is on the road to recovery.

How To Ride A Motorcycle (For Beginners)

When 400 Km/H is not enough – World fastest motorcycle: NINJA H2

The Ruhi Beautiful 15 hours ago 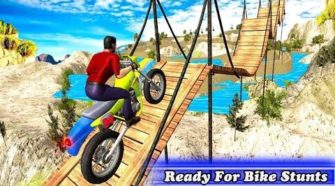