OUR LIFE our choise✌ 5 months ago

Why is this magical fuel known as nitromethane so effective for high level drag racing, drag bike racing and various other forms of motorsports? In this video we get a close look at the nitro mixing process of Top Fuel Motorcycle racer Mitch Brown’s team as they prepare for eliminations from the Man Cup Spring Cup at South Georgia Motorsports Park. As we gain more information on Nitro we also check out runs by Brown, legend Larry “SpiderMan” McBride and top racer Dave Vantine. Nitromethane was mostly used in the dry cleaning industry, that is until legendary drag racers like “Big Daddy” Don Garlits and many others discovered its effectiveness for drag racing. In short, nitro makes much more power than gasoline. It does not need as much oxygen as octane. Legends like Elmer Trett used to offer to buy a racers first drum of nitro if said racer would be willing to step up to Top Fuel. As the cliche goes, and as the great Nitro Harley legend Jim McClure once told me personally, “alcohol is for drinking, gasoline is for washing parts and NITRO is for racing!”

What are your thoughts on Nitro Racing?

How To Ride A Motorcycle (For Beginners)

When 400 Km/H is not enough – World fastest motorcycle: NINJA H2

The Ruhi Beautiful 19 hours ago 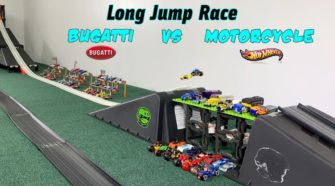 Races and Fun 2 months ago